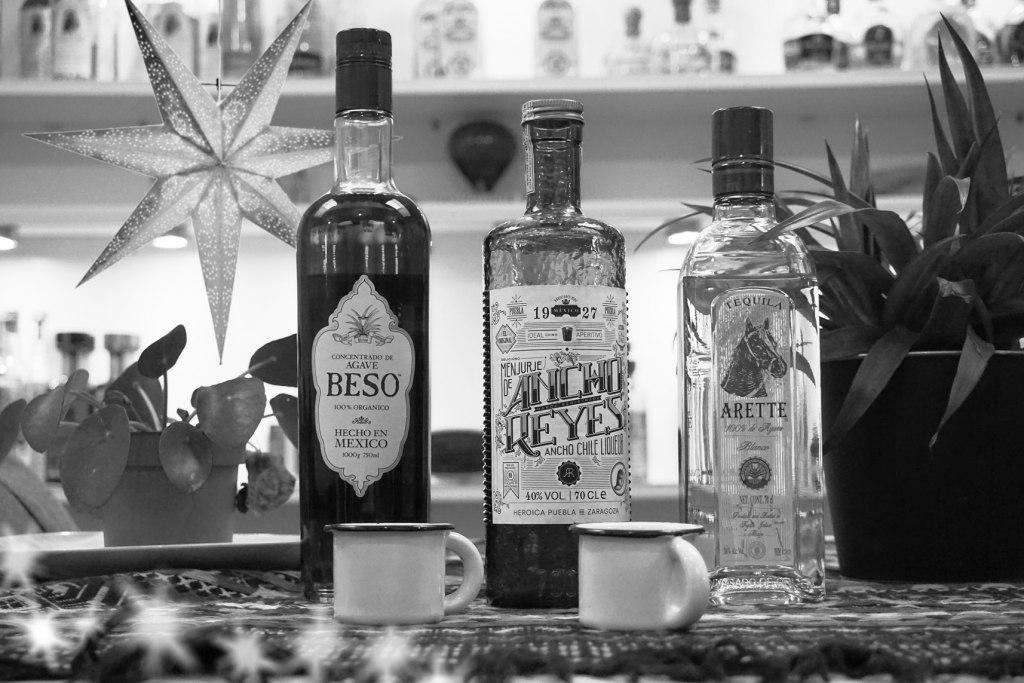 Many cultures share a seasonal warm drink. In northern Europe a red wine based, strengthen with a spirit and spiced with the season´s favorites is not only a tradition, but a very nice way to face the cold, the dark and the Christmas songs. Traditions are kept alive out of repetition, but also out of adaptation, so, this is Agavista´s own way to keep this one alive… and fun! Traditional glögg in Sweden, for example, would use brännvin, a local potato/grain distillate. Why don´t we bring the Agave love to it along with the deep Ancho Chili flavor that will heat it up and blow our Christmas minds:

A bunch of cloves

A bunch of cardamom  seeds

raisins (or maybe not)

In a jar put the cloves, the peel, cinnamon, cloves, cardamom along with the Tequila, the Ancho Reyes and the  BESO Agave Syrup.

Leave it to rest for at least 4 complete nights. In the fifth, add a bottle of a nice cabernet sauvignon, malbec or shiraz.

Put it in the stove over a low and nice fire without letting it boil. Serve it with peeled almonds and  if you really want, some raisins.

Enjoy with your friends and the part of your family that you actually like.[:]

This website contains information about alcoholic beverages. For purchases and visits to this site, you must have 25 years old.

When I confirm that I am 25 years or older, I also accept that agavista.com uses cookies. What are cookies?

Why is there an age limit on agavista.com?

We are sorry, but you need to have 25 years to access to our page.