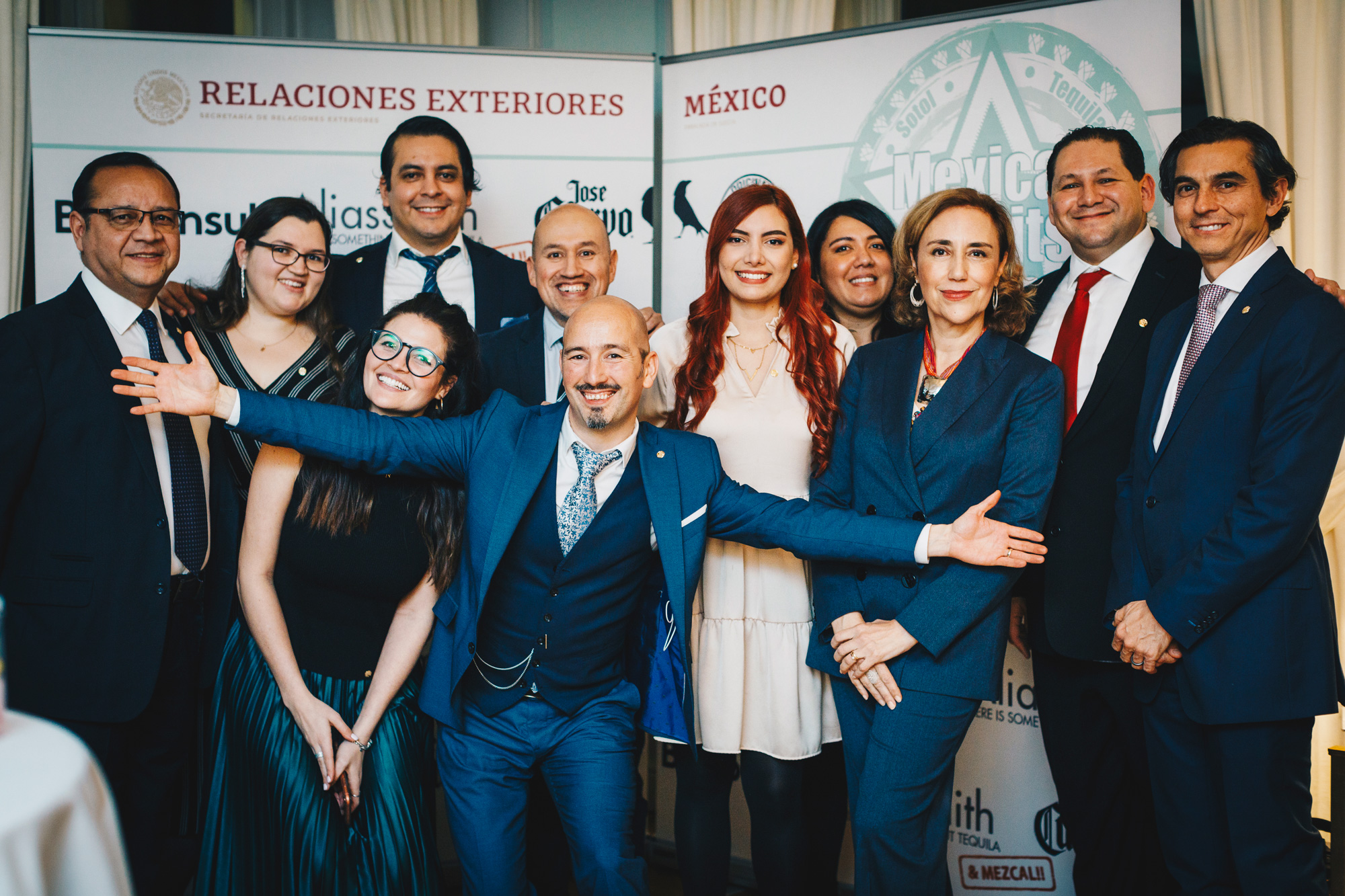 The hosts, AliasSmith and The Mexican Embassy 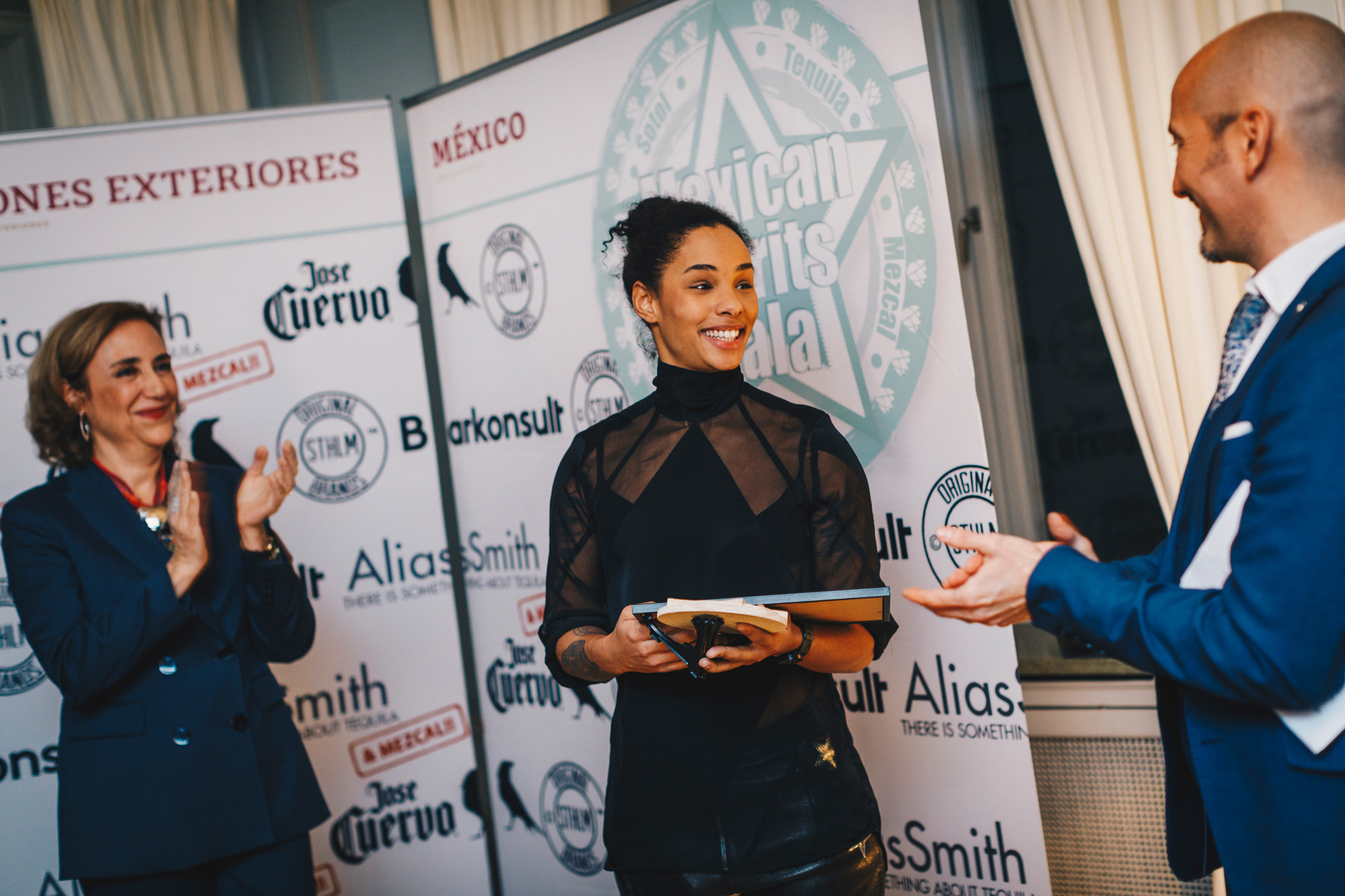 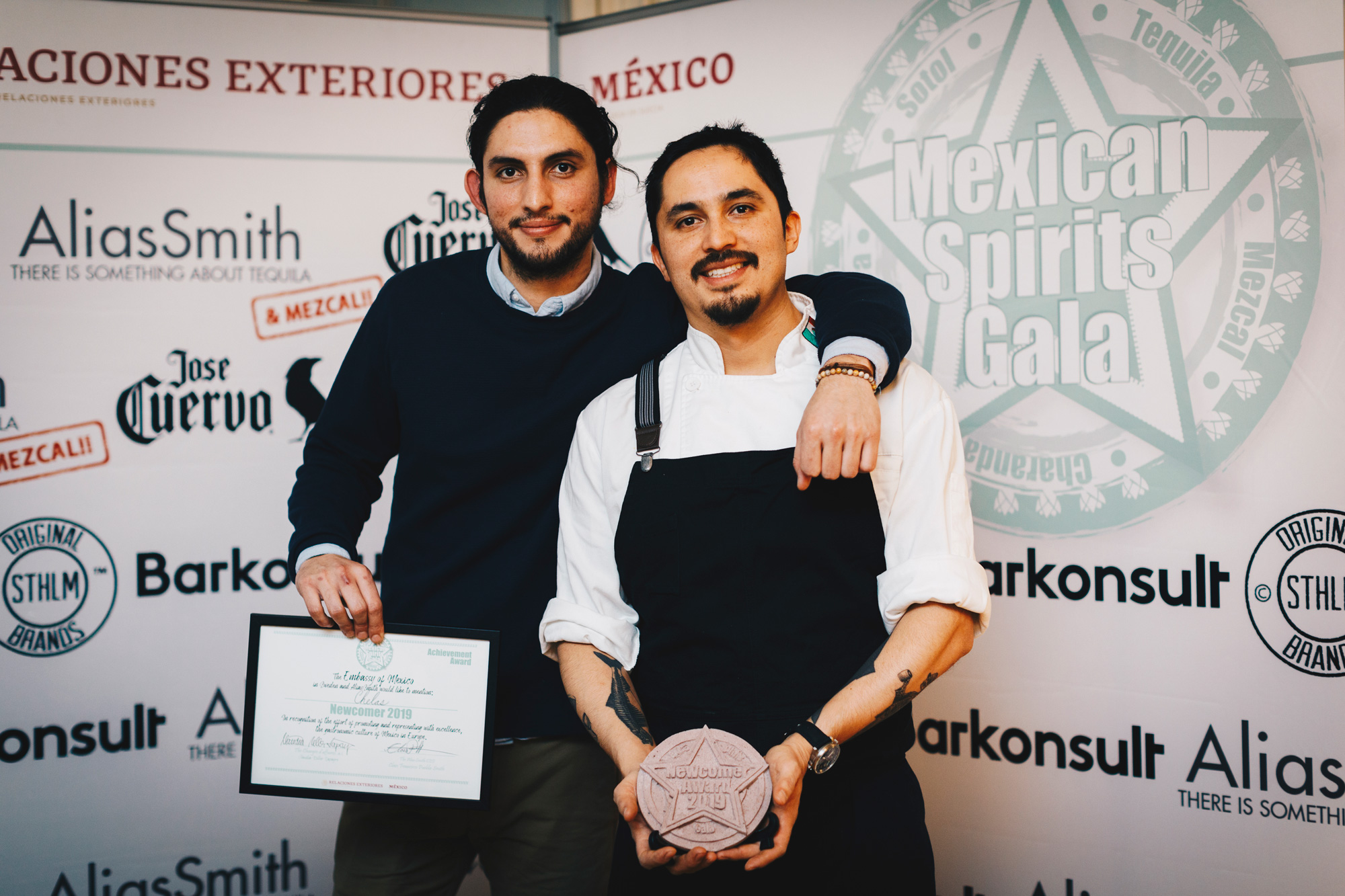 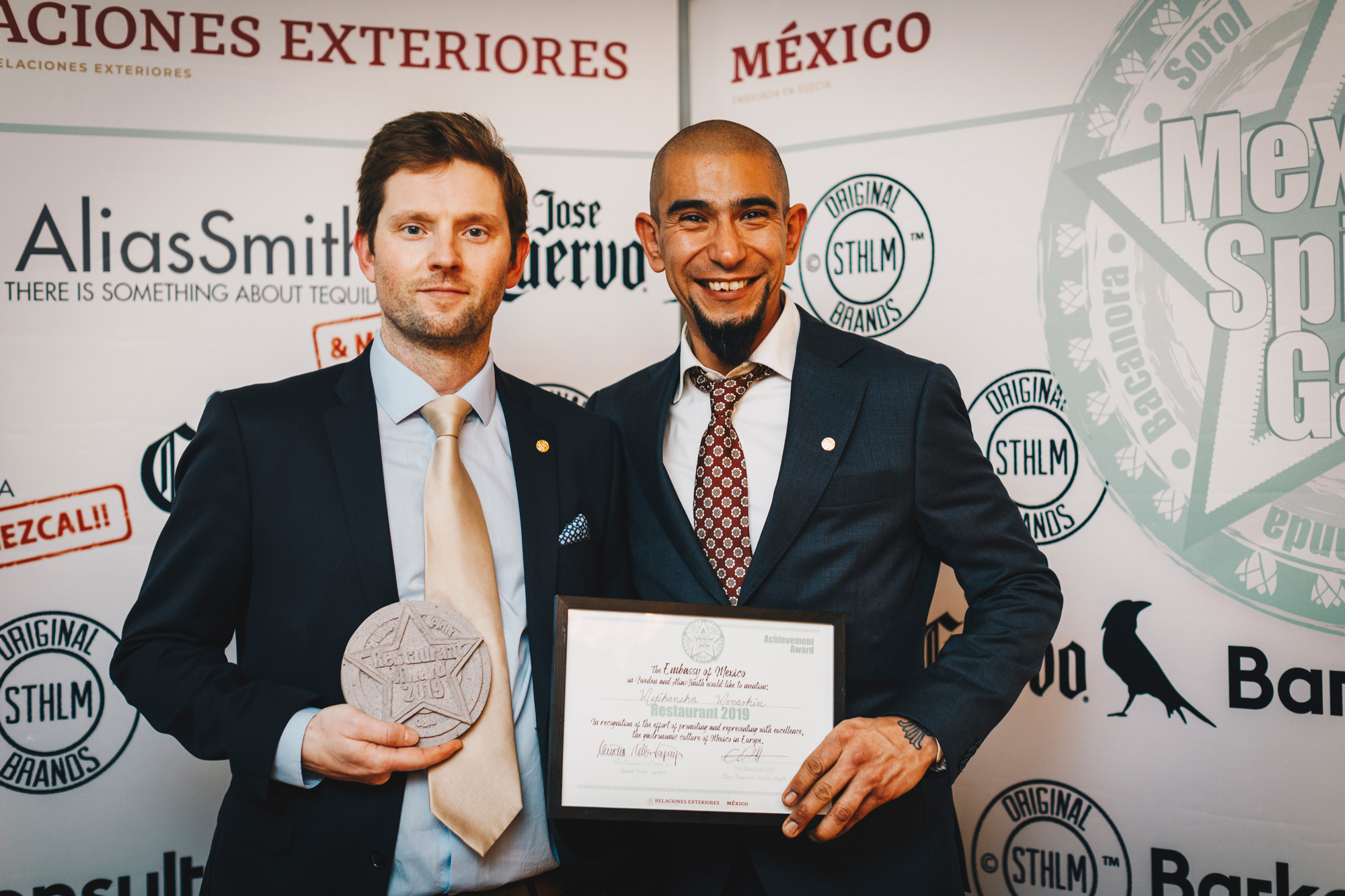 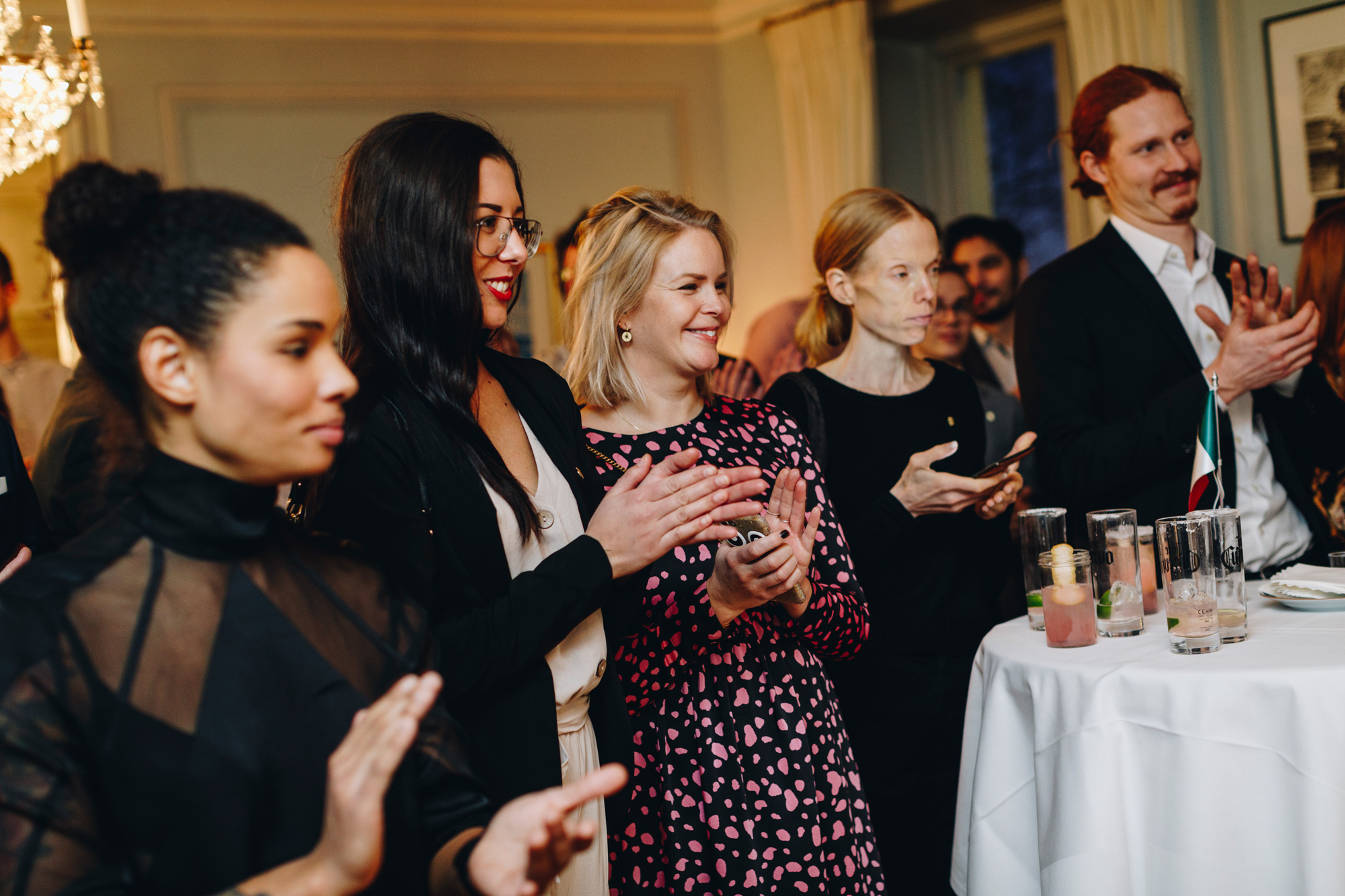 Some of the guest in Mexican Spirits Gala 2019

The Restaurant of the year 2019 was given to: Mexikanska Monarkin

Mexikanska Monarkin became right after its opening 2015 one of the most beloved Mexican Restaurants among Göteborgeans and its reputation became quickly known all over Sweden. Here you can find not only great Mexican Spirits and food but also the Mexican design in every detail of the restaurant. The founders of Mexikanska Monarkin are crowning their project with another Mexican restaurant showing the way of Mexican fine dining and paving the way for more to come.

Newcommer of the Year : Mexican Spirits Gala Newcomer of the year Award was given to that entrepreneur/Bar/Restaurant that surprised the industry with its positive presence pushing up the bar where high expectations for Mexican Spirits and Gastronomical Culture should be.

2019 Newcomer of the Year Award was given to: Chelas

From the very first day the restaurant opened its doors Chelas became a hit among hipsters as well as the Latino community from all over Stockholm, just within weeks the rumor of this newcomer had reached every foody fanatic in town and today it requires a typical Swedish spontaneity of two weeks anticipation to book a table. The menu is short but sure in aim, targeting the true flavor on México.

Chelas is a perfect Newcomer and Mexico look forward to see what this group creates the coming years.

2019 – Cantinero of the Year was given to: Josephine Sondlo, that during her 13 years in the industry have inspired and enchanted customers and bartenders about the true essence of Mexican Spirits. Josephine has written and published a book about Mezcal & Tequila, travelled to México three times and competed in several international Mixology Competitions. Josephine uses her platform to promote sustainability and is a perfect ambassador for the Mexican Spirits Industry and therefore rewarded Cantienero of the Year 2019

This website contains information about alcoholic beverages. For purchases and visits to this site, you must have 25 years old.

When I confirm that I am 25 years or older, I also accept that agavista.com uses cookies. What are cookies?

Why is there an age limit on agavista.com?

We are sorry, but you need to have 25 years to access to our page.